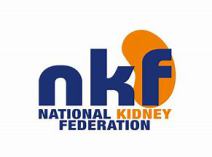 Paul Cockwell, Consultant nephrologist, spoke about the impact of Covid 19 on the dialysis world

Progress since the start of the pandemic

In the early days it soon became clear that older people were more severely affected by Covid 19. Of those over 70 who were infected 1 in 20 became very sick and during the first wave half of those requiring intensive care did not survive. Testing was not widespread and because a people can be asymptomatic, the virus spread very quickly as many people carrying the virus did not isolate.

Outcomes are now improving for several reasons. More accurate assessments are now possible. More is known about what treatments can be used  e.g. the use of dexamethasone can save 1 out of 5 lives, there is better management of fluids, tocilizumab can be effective, proning (turning patients over) is recommended, non invasive ventilation can be used and there are anti viral treatments.

The vaccination programme has had a big impact on the severity of the virus and on hospital admissions.

How the Renal Community has helped

The renal community came together early and in March 2020 a national collaboration began when it was realised that Covid19 had a big impact on people with kidney disease. Guidance was produced on a regular basis, with the Kidney Care UK website providing the hosting.

The virus proved catastrophic for patients receiving dialysis who were up to 20% more likely to be infected than the general population. 3% of people on haemodialysis died and 1.5% of home dialysis patients. The figure for transplant patients was 0.4%

The importance of vaccination

The vaccines target the spike protein component of the virus. Antibodies take 10 days or over to build up. The majority of people with symptoms now get tested and positive cases can be isolated, but there remains the fact that those who do not display symptoms are not picked up by the system and so the vaccination programme is very important in the control of the virus.

Kidney transplantation during the pandemic

Transplantation never stopped completely during the lockdowns. The rate dipped at the start of the first lockdown but was able to resume. By the end of the financial year there had been 20% less kidney transplants from deceased donors, which proved a better outcome than had been feared. In the year 2019/20 3,760 deceased donor transplants were carried out.

New registrations for the transplant waiting list slowed down, so by the autumn the list will be larger. In February 2021 there were 3,300 patients on the list, compared to 3,600 in the previous February. Things are getting back to normal with age, gender and other demographic profiles remaining similar to before.

Many surgical procedures are now behind and living donor kidney transplants will have to compete for theatre time with other specialities such as cancer, but, hopefully, it will recover to more normal levels.

Numbers of deceased donors have doubled since 2008. The aim is for up to 2,000 more transplants per year by 2030. It is planned to reduce waiting times, have fewer deaths on the waiting list and work on overcoming barriers to utilisation. The aim is to have a world leading transplant programme.